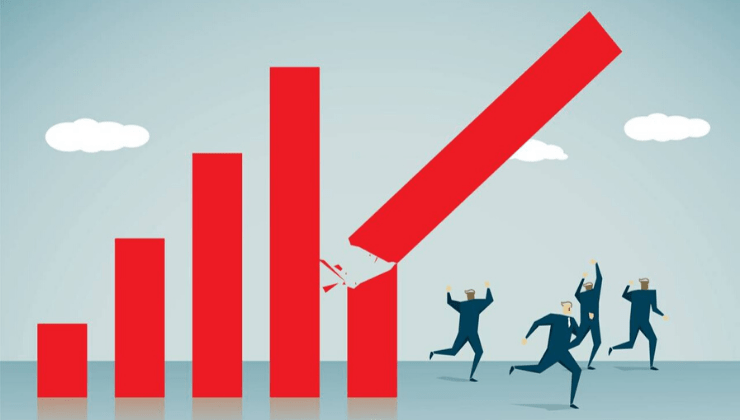 If you keep tabs on the real estate markets, you would know how crazy home prices have gotten, especially in coastal cities.

I live in Seattle and have seen home prices more than double, making it impossible for regular people to afford a decent living.

The explosive growth in the tech sector is one big factor that has fueled housing prices to reach such unprecedented levels.

Big tech companies like Amazon, Microsoft, Facebook and Google have seen their stock prices rise 5-20 fold in the matter of a decade.

The employees of these tech companies have built unsurmountable amounts of wealth through their stock grants, which were then invested into real estate.

It goes without saying that the population at large wasn’t as lucky. Overall, wages have barely risen over the past decade making housing unaffordable for most.

With that said, here are my top reasons to not buy a house in major U.S. cities right now.

Table of Contents show
1 After a certain point, it is all just speculation
2 Construction costs are not the culprit
3 Myth: This is a never ending bull run and home prices will keep on rising
4 Home prices are reaching a point of diminishing return
5 Home prices in cyclical markets are more volatile
6 Jobs are going remote
7 Renting gives you more flexibility
8 People will likely move to less crowded cities
9 A Final Note

After a certain point, it is all just speculation

Real estate is driven by supply and demand. If the population in an area grows at a faster rate than the construction of new homes (eg. Austin, TX), there will be  a supply shortage pushing home prices higher.

Similarly, when there is a mass exodus from an area due to a lack of jobs (eg. Detroit, MI), the supply spikes higher, dropping home prices in the area.

The rate of new home construction has not recovered back to the level it was  before the housing crisis. That has contributed to a housing shortage in the recent years.

When you tie this situation together with the fact that a small number of people are making a lot of money, we start to see bidding wars and rising prices unlike we have ever seen.

Construction costs are not the culprit

Another important thing to note is that the rising home prices are not driven by construction costs.

The majority of the homes sold in the US are existing homes with a median age of 37 years. That takes new construction costs completely out of the equation.

I’d be much more comfortable paying a higher price if house prices were primarily driven by the cost of construction, but that does not seem to be the case.

While there is no end to bidding wars in a growing economy, I do not want to be left holding on to an overpriced property in an inevitable downturn.

Myth: This is a never ending bull run and home prices will keep on rising

The year-over-year growth in home prices has made us believe that if you buy a house today, the value is guaranteed to rise in the future.

We have a recency bias of what we have seen over the past 10 years and we must move away from that to see the bigger picture more clearly.

The inflation-adjusted home price index has pretty much stayed on a straight line over the entire 120 year period.

Here’s a more recent chart of home prices in America from 1953 to 2019. The orange line depicts the inflation-adjusted home price.

Although nobody can totally predict where prices are headed, it is safe to assume that there is a much higher probability of them decreasing.

Home prices are reaching a point of diminishing return

This is especially true in the case for coastal markets where the CAP rate now sits at a paltry 1% as of 2019, according to this study.

Theoretically, a higher cap rate means a better return. 6% is considered a good cap rate for a passive and stable investment.

Cap rate is used to calculate the rate of return of an investment property and is the ratio of the Net Operating Income to the Current Market Value of the property.

With home prices near all time highs and investment returns at the all time lows, it’s hard to be optimistic about home purchase in this market.

Check out my free guide to House Hacking – One of the best ways to get started into real estate investing.

Cyclical markets are housing markets that see a larger rise and fall of home prices over the years. House prices move up and down like a roller coaster in these markets, with noticeable peaks and trough.

When the COVID-19 pandemic started taking it’s hold of the US, companies were driven to enforce strict work from home policies on all jobs that could be done remotely.

This would make a lot of companies realize how much money could be saved on the lease and maintenance of the property if jobs were fully online.

With daily commuting being a thing of the past, people will begin looking for more affordable housing in suburbs and neighboring towns.

As people move away from cities, so will their money. Wealth that was once being funneled into highly desired city real estate will now be redistributed to the suburbs.

Owning a home can stop you from taking that dream job that you always wanted.

Having the flexibility of moving to new places when you want is something a homeowner won’t easily have.

The future is seeming more unpredictable now than ever, due to historical levels of unemployment increasing by the day. If needed, renting now will give you flexibility to take a job anywhere if the opportunity arises.

The cities that are most impacted by COVID-19 are also the most densely populated cities in the US. Businesses like restaurants, bars, and theatres have been hit the hardest and millions of people have lost their jobs in a matter of weeks.

Due to the lack of jobs, joined with the higher cost of living in these cities, people will likely start looking for jobs in more affordable cities. In less populated areas, there will be less people competing for the same jobs.

Our country is going through a paradigm shift and the wisest decision may just be to stay patient and let things unfold first; wait and discover the trend before making any big important decisions, such as a home purchase.

An important point to consider is that real estate prices and trends vary a lot by region. I live in Seattle, and these are my top reasons to not buy a home here and in other major U.S. cities.

With that said, you could be living in a much more affordable area where it makes perfect sense to buy a house now. In that case, most of the reasonings I talked about here may not affect you.

Where are the real estate prices headed in your city? Would you buy a house now or wait?

8shares
Don`t copy text!
This website uses cookies to improve your experience. We'll assume you accept this policy as long as you are using this websiteGot It!